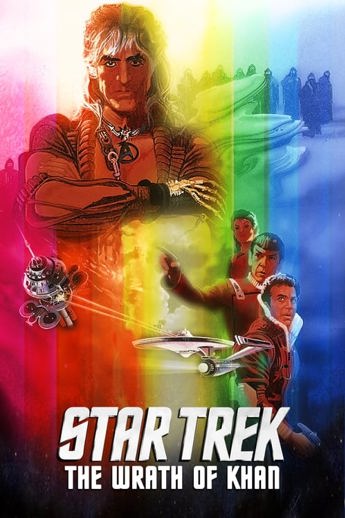 At the end of the universe lies the beginning of vengeance.

It is the 23rd century. Admiral James T. Kirk is an instructor at Starfleet Academy and feeling old; the prospect of attending his ship, the USS Enterprise--now a training ship--on a two-week cadet cruise does not make him feel any younger. But the training cruise becomes a deadly serious mission when his nemesis Khan Noonien Singh--infamous conqueror from late 20th century Earth--appears after years of exile. Khan later revealed that the planet Ceti Alpha VI exploded, and shifted the orbit of the fifth planet as a Mars-like haven. He begins capturing Project Genesis, a top secret device holding the power of creation itself, and schemes the utter destruction of Kirk.