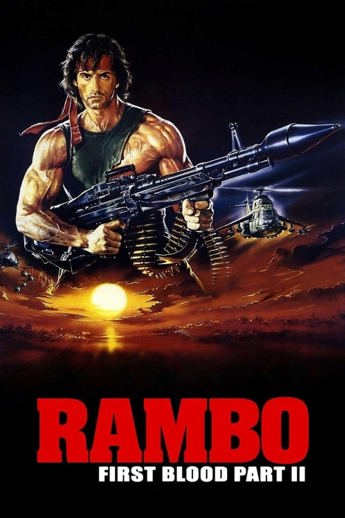 What most people call hell, he calls home.

Only a few years after the all-out guerrilla war in First Blood (1982), John Rambo's former commanding officer, Colonel Sam Trautman, pulls him out of jail, only to send him back to a place he swore never to return: the impenetrable jungles of Vietnam. Entrusted with the dangerous task of collecting evidence that American POWs are still being held captive, Rambo agrees to infiltrate the unknown zone, and before long, he finds himself double-crossed, marooned behind the enemy lines. Once, John fought for his country. Now, the government has left him for dead in a Soviet-infested land. Can Rambo fulfil his suicide mission? Will he deliver his lethal justice?