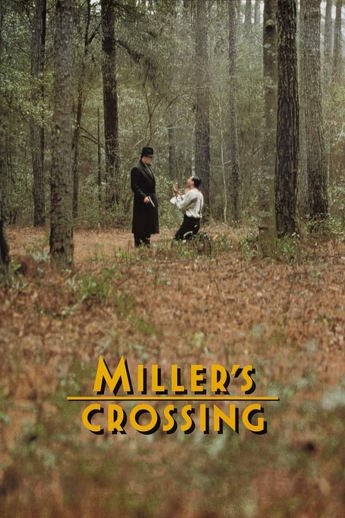 Tom Reagan (played by Gabriel Byrne) is the right-hand man, and chief adviser, to a mob boss, Leo (Albert Finney). Trouble is brewing between Leo and another mob boss, Johnny Caspar (Jon Polito), over the activities of a bookie, Bernie Bernbaum (John Turturro) and Leo and Tom are at odds on how to deal with it. Meanwhile, Tom is in a secret relationship with Leo's girlfriend, Verna (Marcia Gay Harden), who happens to be the sister of Bernie. In trying to resolve the issue, Tom is cast out from Leo's camp and ultimately finds himself stuck in the middle between several deadly, unforgiving parties.