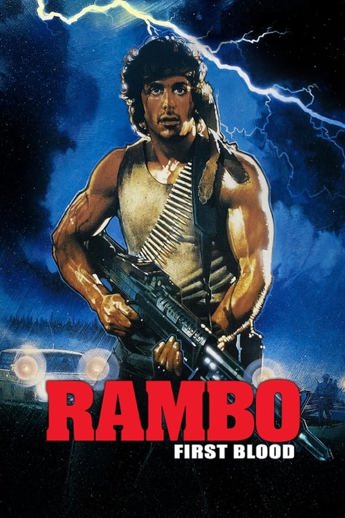 This time he's fighting for his life.

John J. Rambo is a former United States Special Forces soldier who fought in Vietnam and won the Congressional Medal of Honor, but his time in Vietnam still haunts him. As he came to Hope, Washington to visit a friend, he was guided out of town by the Sheriff William Teasel who insults Rambo, but what Teasel does not know that his insult angered Rambo to the point where Rambo became violent and was arrested. As he was at the county jail being cleaned, he escapes and goes on a rampage through the forest to try to escape from the sheriffs who want to kill him. Then, as Rambo's commanding officer, Colonel Samuel Trautman tries to save both the Sheriff's department and Rambo before the situation gets out of hand.